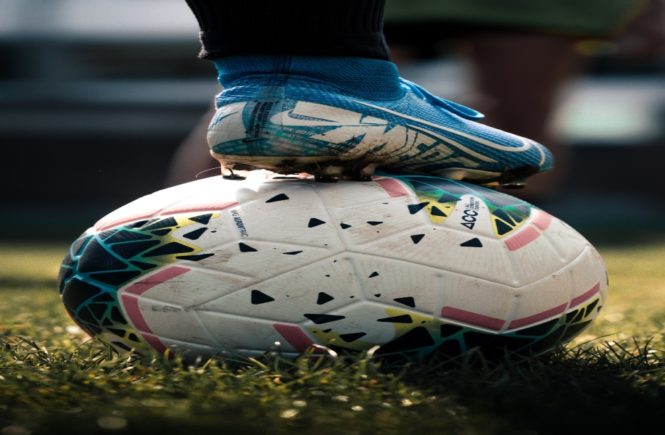 Not only do these famous athletes add vibrant and thrilling sports to the arena. Yet they also carry out their inner beauty and compassion by setting a good precedent and a role model for people of all ages. Through engaging in charitable activities, contributing to various organizations, and using their ability to be a goodwill ambassador. These athletes have opened their hearts and minds to help support a good cause. In this post, we ‘re giving you some of the famous athletes who use their earnings, names, and titles to help other people in their own simple and amazing ways.

Christian Ronaldo is one of the most famous and well-paid athletes in the world. This Portuguese soccer player brought $109 million in 2019 according to Forbes. He is the second highest-earning athlete after Lionel Messi. Perhaps one of the most charitable. The former Real Madrid and Manchester United star have been involved with the charity throughout his career. Including UNICEF and Save the Children.

He has done more when it comes to charity donations. His first donation came in 2011. When this athlete auctioned off his European Golden Boot for £1.2 m with funds to create schools in Gaza.

In 2015, Ronaldo was dubbed the world’s most generous sports star by doing something.org, which honored his contributions to charity, and several other causes he has been active in. Examples of this include a $120,000 donation to the cancer center that treated his mother in his homeland of Madeira and paying £55,000 to cover the expense of brain surgery for ten-month-old Erik Ortiz Cruz.

His recent contributions as of the moment are related to coronavirus. According to sources, Ronaldo teamed up with his partner Jorge Mendes. To donate £ 1 million to hospitals in Portugal to counter the coronavirus pandemic.

Serena Williams is an American professional tennis player and a longtime world’s number one in women’s singles tennis. This woman should be lauded not only for her talents and abilities. But also for her passion for giving through charity. Williams is Goodwill Ambassador of the United Nations Children’s Fund (UNICEF) and has collaborated closely with the organization since 2006. The “Yetunde Price Nursing Scholarship” was also established by her in association with the California Community Foundation.

Many organizations that Williams give charity include Build African Schools, the Common Ground Foundation, the Elton John AIDS Foundation, the Great Ormond Street Hospital, Hearts of Gold, the Driving Force Giving Circle, I Heart My Girlfriends, the HollyRod Foundation and World Education. Her impact on the world of tennis is outstanding. But what’s more amazing about her is beyond help she’s doing through charity works.

Lebron James is an American professional basketball player in the Lost Angeles Lakers of NBA. He’s one of the greatest basketball players in the history of the NBA. James is not only a superstar of the NBA. He is also a charitable philanthropist. The professional basketball players always give back to his hometown of Ohio. Therefore, he never forgets his humble beginnings and is always ready to give his hand to those in need. He has five biggest charities where Lebron James donates to. These are After-School All-Stars, Muhammad Ali: A Force for Change, Boys and Girls Club of America, Children’s Defense Fund, and ONEXONE.

The LeBron James Family Foundation focuses on youth, with James to send 1,100 kids to school. Not only does this basketball player give his best performance at the court. But he also gives his best in his own way to improve the lives of people who really need his help. A very kind, the hearty guy in basketball history.

He is a Brazilian professional footballer. Who plays as a player for the Paris Saint-Germain Ligue 1 club and the Brazilian national team. It is generally regarded as one of the top players in the world. As the world’s best athlete, Neymar has a heart for charitable work. His philanthropic efforts target impoverished communities in Brazil. That focuses on clean water, sanitation, education, and health services for children.

Neymar donated $6 million to the facility and also attracted additional sponsorship contributions to support the effort. About 2,400 children ages 7 to 14 attend the facility for two hours before or after school. These children have access to computers, dental and medical services and can study English, Spanish, and Portuguese.

Michael Phelps is last on our list of famous athletes. He is an American former elite swimmer and the most successful and accomplished Olympian of all time. The eight-time gold medalist swimmer has his own charity called Michael Phelps Charity. It is a non-profit organization that focuses on growing the sport of swimming. Encouraging safe and active lifestyles, particularly for children. Phelps set up this foundation using the fund with a $1MM payout; for winning eight gold medals at the 2008 Beijing Games.

The Foundation, in collaboration with KidsHealth and the Michael Phelps Swim Academy. It has created and implemented a curriculum that involves more than 15,000 Boys & Girls Club members; and Special Olympics athletes with a life-saving program. The Michael Phelps Foundation aims to encourage safe, active lifestyles, particularly for children. By growing opportunities for participation in swimming sports. This swimmer not only does his sport. But he also paves the way to better the lives of others, particularly those people who love to swim.

Sign up at JeetWin today. Bet on your favorite sports!